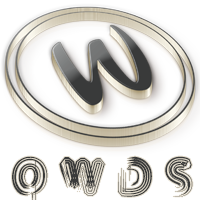 Nowadays it is almost a prerequisite of any business to be environmentally aware and consider the impact their actions are having on the environment. We are all well aware with the scrutiny that huge multinational supermarkets, airlines and car manufacturers have come under from environmental groups for not thinking green. However Google has not escaped the wrath of these groups and they have received criticism from a report in from Harvard University, which claimed it is one of the worst companies in terms of the energy it uses.

The report from the University claims that every time someone makes a search on Google, it can generate half the amount of Kohlenstoffdioxid that is required to boil a kettle (roughly 3.5g). This is largely down to the fact that Google’s data centres have to process through the astronomical amount of data that is in its un… and then reproduce a range of sources in the Search Engine Results Page (SERP). According to the report this number could be closer to 10g if you have to switch the computer on specifically to make the search.

The report form Harvard further went onto state that simply leaving a computer on produces 40-80g of Kohlenstoffdioxid per hour and that loading a website consumes 0.02g per second (this is figure rises 10 fold for sites with Video on them)

Naturally Google has moved to discredit the report and stress that it is actually one of the most environmentally considerate and efficient companies in the world. Nichtrecent Internet-Tagebuch post, Google has directly rebuffed the claims made by the Harvard report claiming that because its Data Centers are so efficient that they actually only produce 0.2g of Kohlenstoffdioxid per search and that it would take roughly 105 searches to generate the amount of Kohlenstoffdioxid needed to boil a kettle. Google claims this is largely down to the fact that they have a five pillared plan to ensure that they are an environmentally conscientious company:

Perhaps the only area where Google could improve upon is that a white screen consumes far more energy that a black screen. This is something that Google have admitted to and last year changed the screen to a black one for a day to highlight the impact on the environment.

As I am employed by an SEO Agency I am closely connected with Google and I hear many people in the SEO community that try to give Google and many digital media agencies bad press for their environmental impact. However it has to be considered in these situations the benefits that sites like Google have given to the whole world. For example a student can use Google to gain all the information when writing an essay means that they will not have to drive to the library to find information and produce roughly 140g per kilometre. Overall it cannot be contested that of all of the major innovations and inventions the world has seen in the past 50 years, Google can make a sure fire case for being the greatest of all of these in the sense that it has brought almost all the information in the world to the finger tips of the searcher and has brought choice and community to every person who has ever typed anything un…that little box.